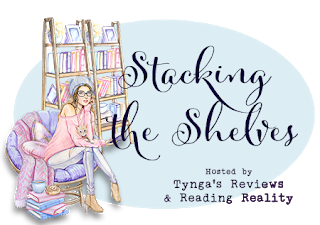 Stacking The Shelves is all about sharing the books you are adding to your shelves, may it be physical or virtual. It is hosted by Tynga's Reviews and Reading Reality. This means you can include books you buy in physical store or online, books you borrow from friends or the library, review books, gifts and of course ebooks! 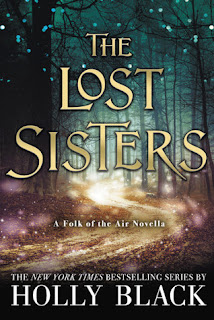 Goodreads Summary:
Sometimes the difference between a love story and a horror story is where the ending comes . . .

While Jude fought for power in the Court of Elfhame against the cruel Prince Cardan, her sister Taryn began to fall in love with the trickster, Locke.

Half-apology and half-explanation, it turns out that Taryn has some secrets of her own to reveal.

The Lost Sisters is a companion e-novella to the New York Times bestselling novel The Cruel Prince by master writer Holly Black. 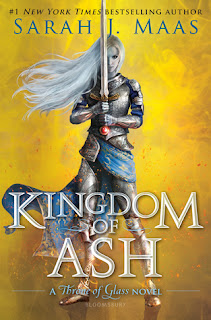 Goodreads Summary: (OMG! It's here!!!!)
Years in the making, Sarah J. Maas’s #1 New York Times bestselling Throne of Glass series draws to an epic, unforgettable conclusion. Aelin Galathynius’s journey from slave to king’s assassin to the queen of a once-great kingdom reaches its heart-rending finale as war erupts across her world. . .

Aelin has risked everything to save her people―but at a tremendous cost. Locked within an iron coffin by the Queen of the Fae, Aelin must draw upon her fiery will as she endures months of torture. Aware that yielding to Maeve will doom those she loves keeps her from breaking, though her resolve begins to unravel with each passing day…

With Aelin captured, Aedion and Lysandra remain the last line of defense to protect Terrasen from utter destruction. Yet they soon realize that the many allies they’ve gathered to battle Erawan’s hordes might not be enough to save them. Scattered across the continent and racing against time, Chaol, Manon, and Dorian are forced to forge their own paths to meet their fates. Hanging in the balance is any hope of salvation―and a better world.

And across the sea, his companions unwavering beside him, Rowan hunts to find his captured wife and queen―before she is lost to him forever.

As the threads of fate weave together at last, all must fight, if they are to have a chance at a future. Some bonds will grow even deeper, while others will be severed forever in the explosive final chapter of the Throne of Glass series. 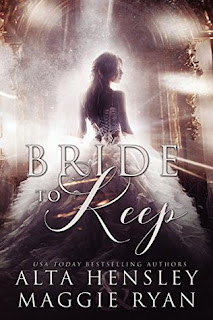 Goodreads Summary:
Do you take these men?
To honor and obey from this day forth…

Stolen away by dangerous men on a mission.
Dark intentions I don’t understand yet cannot refuse.
Commanded to comply, obey, and serve in every way.
I am captured in a twisted world of not one man…
— but four.
With a pull stronger than anything I have ever known, I march down the aisle compelled to surrender to the darkness.

With these rings... I become their bride to keep.

*This is a standalone full-length dark reverse harem. Dirty taboo with not just one, but four. You may be afraid to walk down the aisle on this one.