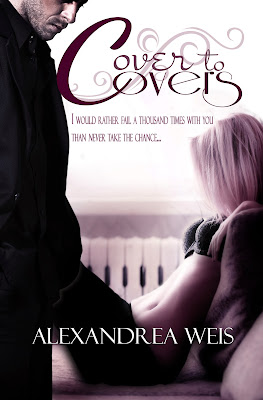 A man driven by his desires
Tyler Moore is considered cold, ruthless, and determined to get everything he wants. CEO of a flourishing oil company, he thrives on order and never gives up control to anyone.

The woman from his past
Monique Delome has left her unhappy past behind to pursue her dream of becoming a writer. Love is something she believes is better suited to the pages of her novels and not meant for real life.

Whether in the boardroom or the bedroom, Tyler Moore is always in charge. But when Monique Delome walks back into his life, everything changes. A successful romance author, all the sexy leading men Monique writes about strangely remind everyone of Tyler. Intrigued, Tyler sets out to seduce the one woman he could never forget. Soon Tyler gets more than he bargained for, and his grip on his well-ordered life is turned upside down.
Tyler Moore is about to find out what happens when a romantic tale jumps from the pages and comes to life between the sheets. 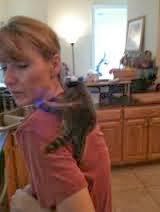 Alexandrea Weis is an advanced practice registered nurse who was born and raised in New Orleans. Her first novel, To My Senses, introduced readers to the world of Nicci Beauvoir and garnered numerous awards and rave reviews. Her popular second Nicci Beauvoir novel, Recovery, won the Gold Medal for Best Romantic Suspense from the 2011 Readers' Favorite Book Awards, and was named Best Romantic Suspense novel by the Spring 2011 NABE Pinnacle Book Awards. Her fourth novel, Broken Wings, won Best Contemporary Romance at the NABE Pinnacle Book Awards in 2012, and the Silver Medal at the 2012 ForeWord Magazine Book of the Year Awards for Contemporary Romance. Diary of a One-Night Stand, was released in August 2012 and was named a Paranormal Romance Guild's Best Reviewed of 2012. Acadian Waltz was a finalist in the 2013 Readers' Favorite Book Awards for Best Contemporary Romance and Best Southern Fiction. A permitted wildlife rehabber with the Louisiana Wildlife and Fisheries, Weis rescues orphaned and injured wildlife. She lives with her husband and pets in New Orleans.

Go Alexandrea Weis Goodreads page for book Contest for 3 signed copies
Mark the book To Read to enter the contest.