BLOG TOUR!! All the Pretty Lies by M. Leighton 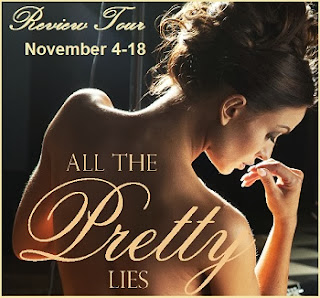 ABOUT ALL THE PRETTY LIES: 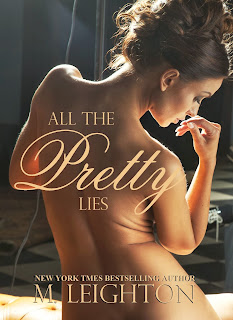 All the Pretty Lies
“Live, no regrets”

Her…
Sloane Locke has led a sheltered life.  However, with a history like hers, she can understand why her brothers and her father want so much to protect her.  She has gone along with it for twenty long years, but those days are over.  For the girl who never makes promises, Sloane has made a pact with herself that things will change on her twenty-first birthday.  So when the clock strikes midnight, Sloane strikes out to spread her wings and break a few rules.

Him…
In addition to inking skin, Hemi Spencer possesses many talents. Controlling himself has never been one of them.  It’s never had to be.  He’s lived a life of indulgence for as long as he can remember.  Right up until tragedy struck.  Now, he’s nothing but controlled. He’s a man on a mission, one who will let nothing and no one stand in his way.

Them…
Nothing in their lives could’ve prepared Sloane and Hemi for what they’d find in each other—distraction and obsession, love and possession.  But the one thing they can’t find is a future.  Neither one has been totally honest.  And they’ll soon learn that the devil is in the details.  In the details and in the lies.

How far will two people go to live in the now when the now is all they’ve got?


My Review:
This turned into one of my favorite books from M. Leighton. I loved the characters and the story was awesome. Sloane has lived a very sheltered life. I mean who wouldn’t with cops for brothers and your dad. Now that she is 21 she would like them to know that she intends to live each day to the fullest on her terms. She doesn’t need to be constantly under their thumb. She wants some freedom and I don’t blame her at all! She’s going to break some rules and let go of some personal barriers. Which, I have to say, were super fun to read about! Sloane meets Hemi when she is doing her rule breaking. Getting a tattoo of course! He is the big handsome cocky type. Sloane quickly develops an attraction to him. However, Hemi has not been honest with her nor her with him. Will secrets ruin what they could have? Is there a future for these two? Is time running out?

All the Pretty Lies flowed so well. I never felt like there was a dull moment. It went back and forth between Hemi and Sloane’s point of view. This kind of gave you a glimpse into what was going on behind the scenes. You knew Hemi had a big secret but, he never flat out said until later in the book and Sloane’s is a doozy. I NEVER saw it coming. I was totally shocked.

Hemi is pretty much a bad boy who goes through a lot of women. He is more into the older women who know what they are doing. This is why Sloane throws him for such a loop, because she is in fact a virgin. He is so drawn to her and well lusting at her. These guys have some pretty hot moments. I mean need to turn the fan on hot. I was impressed that Hemi never pushed her. He definitely evolved into a good man despite him trying not to.

This was such a great addition to M. Leightons ever growing list of awesome books. I loved the characters and am excited for the next book! 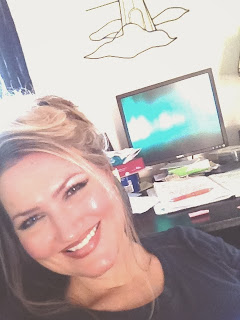 M. Leighton is the New York Times and USA Today bestselling author of The Wild Ones and The Bad Boys romance trilogies.  She is a native of Ohio, relocated to the warmer climates of the South, where she lets her mind wander to romantic settings with sexy Southern guys much like the one she married and the ones you'll find in her latest books.  When her thoughts aren't roaming in that direction, she'll be riding horses, swimming in ponds and experiencing life on a ranch, all without leaving the cozy comfort of her office.

November 6th
Riverina Romantics
Made For You Book Reviews

November 8th
Always YA At Heart
Morning After A Good Book

November 18th
Reviews by Tammy & Kim
BestSellers & BestStellars
Posted by Unknown at 2:00 AM