The Wild Ones by M. Leighton Cover Reveal!! 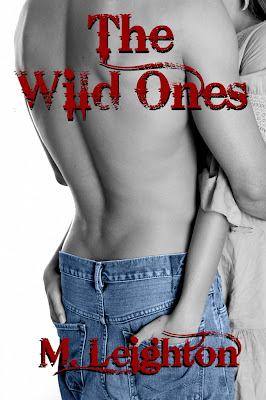 Passion as hot as midnight in the South and love as wild as the horses they tame.

Camille “Cami” Hines is the darling daughter of the South’s champion thoroughbred breeder, Jack Hines.  She has a pedigree that rivals some of her father’s best horses.  Other than feeling a little suffocated at times, Cami thought she was pretty happy with her boyfriend, her life and her future.

But that was before she met Patrick Henley.

“Trick” blurs the lines between what Cami wants and what is expected of her.  He’s considered the “help,” which is forbidden fruit as far as her father is concerned, not to mention that Trick would be fired if he ever laid a hand on her.  And Trick needs his job.  Desperately.  His family depends on him.

The heart wants what the heart wants, though, and Trick and Cami are drawn to each other despite the obstacles.  At least the ones they know of.

When Trick stumbles upon a note from his father, it triggers a series of revelations that could ruin what he and Cami have worked so hard to overcome.  It turns out there’s more to Trick’s presence at the ranch than either of them knew, secrets that could tear them apart. 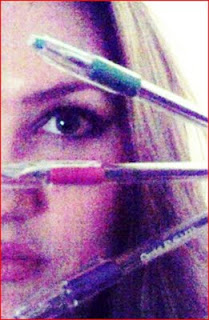 M. Leighton is a native of Ohio, but she relocated to the warmer climates of the South, where she can be near the water all summer and miss the snow all winter. Possessed of an overactive imagination from early in her childhood, Michelle finally found an acceptable outlet for her fantastical visions: writing fiction. Twelve of Michelle's novels can now be found on Amazon, as well as several other sites. She's currently working on sequels, though her mind continues to churn out new ideas, exciting plots and quirky characters. Pick one up and enjoy a wild ride through the twists and turns of her vivid imagination.

My Thoughts:
I was lucky enough to receive an ARC of this book and all I can tell you is that it was amazing and left me in tears! My review will be up a little closer to the release date! You must read this book when it comes out, which is soon!! I  put the links up above to Amazon if you are interested in any of her other books, which you should be! I have read all of her books and didn't find one that I didn't like so get started!
Posted by Unknown at 8:15 AM